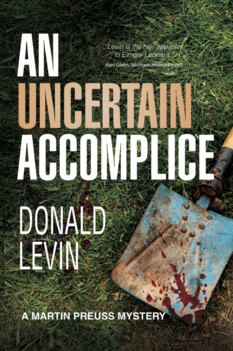 Twenty years have passed since Raymond Douglas went to prison for the kidnapping and murder of a local businessman's wife. Now Douglas's daughter has hired private investigator Martin Preuss to track down a previously-unknown accomplice to the crime--who may or may not even exist. But no sooner does Preuss get involved than he finds himself entangled in two murders, a family whose wealth has bought them nothing but trouble, a body discovered in a dumpster, and a web of deceit stretching across metropolitan Detroit from the mega-rich suburbs to a hardscrabble trailer park.

An Uncertain Accomplice blends greed, misplaced loyalties, and the cascading effects of violence into a riveting crime novel that's impossible to put down.